Yachting & Boating in the USA 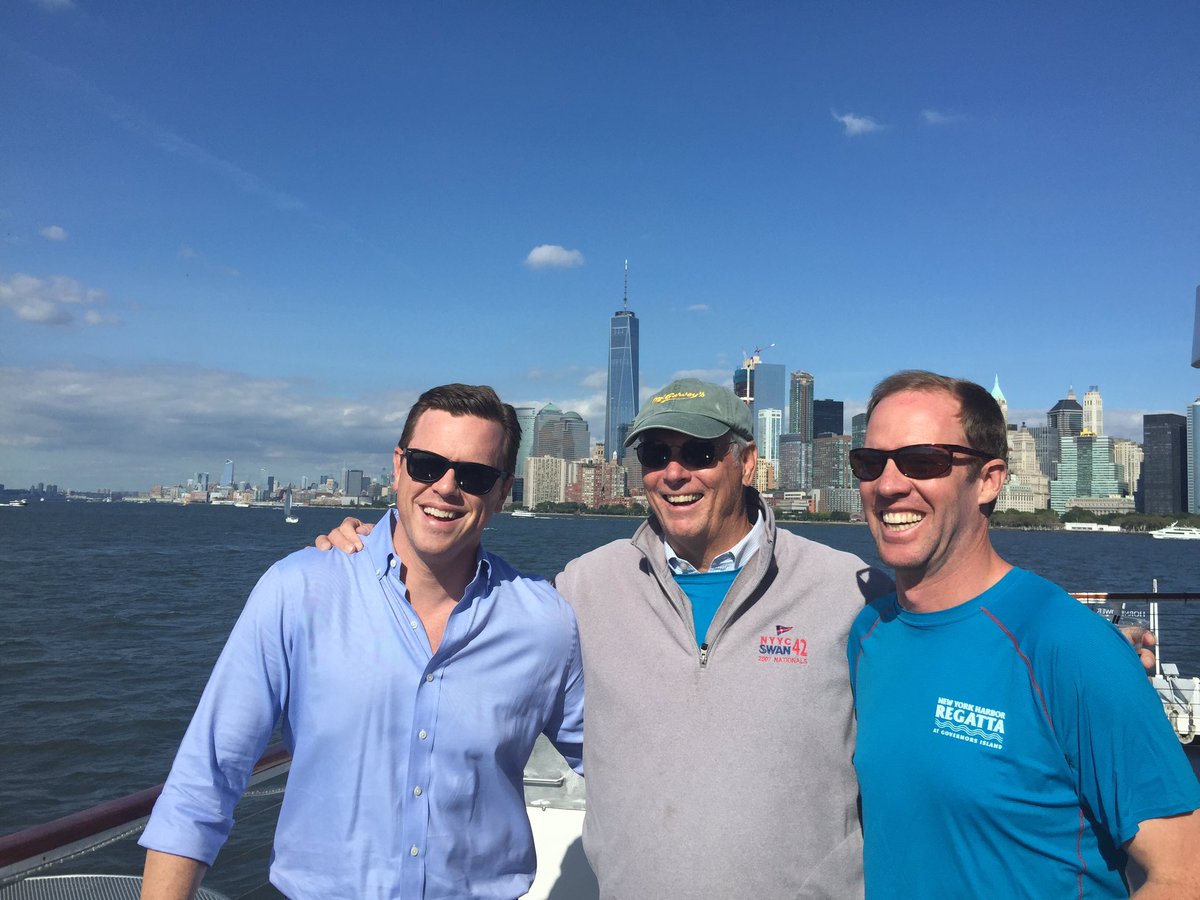 Gary Jobson is the Leukemia Cup Regatta’s National Chairman Emeritus. He is also a survivor of Lymphoma. The research about the disease has made it possible for him to live a second life. He said regarding this initiative that the involvement of the US Sailing together with the generosity of the sailing community will allow the Lymphoma and Leukemia society to help a number of patients along with their families who are on the frontlines in battling with cancer. He added that he is the living example of the research and the advancement of the treatment procedures and because of this advancement he is at the position right now. END_OF_DOCUMENT_TOKEN_TO_BE_REPLACED

SailGP is about to be started in San Francisco as well. Many already are aware of the forthcoming SailGP event in Australia in February. This year there would be an inaugural season held in San Francisco as well. The dates for the event are planned for May 4th and 5th in 2019. This is an event that is highly anticipated and would probably begin its new chapter in the US after its success in other parts of the world. 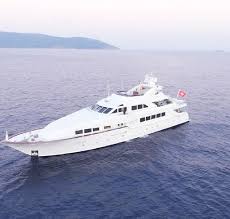 US audience would be introduced to a form of sailing that is redefined and would also help to showcase talents of the national team on home turf. This would be the first Grand Prix event by SailGP in the US. There are already five events that are happening in different parts of the world this year among which the US event is second in line. The event is sanctioned by World Sailing and is spearheaded by Larry Ellison, the Oracle founder, and Sir Russell Coutts.
END_OF_DOCUMENT_TOKEN_TO_BE_REPLACED

Diam World tour is one of the interesting concepts introduced by Diam 24 one design. Oman Sail’s accomplishments started off with Diam’s world tour followed by their success in Pacific. Bernard Stamm’s Cheminees Poujoulat and Beijaflore team won second and third place respectively. 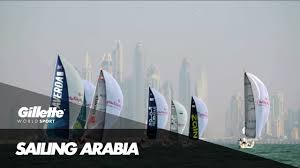 Oman credits their success to their consistency throughout the international season. In sailing EFG sailing Arabia, the team had secured third place in February and in July, it bagged the fourth place in the season centerpiece Tour Voile in France along with their co-skipper Thierry Douillard.
END_OF_DOCUMENT_TOKEN_TO_BE_REPLACED

The Volvo Ocean Race (VOR) has been tagged the ‘Everest of Sailing’ by Time.com considering the challenging conditions the sailors go through in the once-in-three-year round the world race. Seven teams slug it out in the course of nine months, stopping in five cities across five continents in a 45,000 nautical-mile marathon. 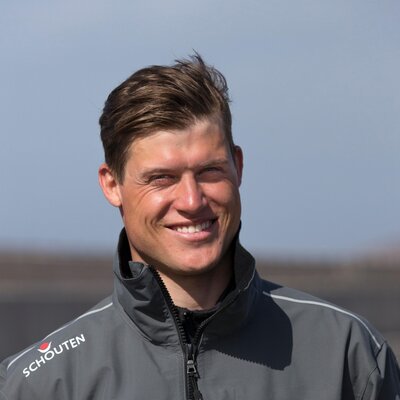 The captain of Team Brunel, one of the participating teams, explains how vulnerable the sailors are as they partake in the gruelling and risky adventure.
END_OF_DOCUMENT_TOKEN_TO_BE_REPLACED

There was the Sir Durward 100 Regatta held last weekend, which featured sloop sailing. What showcased out of the regatta was something quite bleak; that the sailors were unable to come together and work towards a common goal. Many might point out to the organizers and race committees, but the truth is that the sailors are the ones riding the waves and can make or break a race.

This race was a sad one as participants were being asked to come and participate; race officials were assisting in towing and rigging functions. This was indeed ridiculous as the race committee should not have to do such tasks, but simply ensure that the rules are being followed. The organization of the committee was also poor and communication was not adequate; there were supposed to be 31 boats in the water, but half of the boats did not show up for participation; the debate is probably between the organizers as well as the participants.

The competition that is organized in memory of Sir Durward showcased poor showmanship or spirit of sailing among competitors. The weather conditions on the day of the races were bad; as a result the sailing started with a three hour delay. The sloop sailing enthusiasts do lament about the techniques involved and how these need to be changed, but before fingers are pointed, it is imperative that the sailors themselves work hard at any race that is organized. There were several participants from the Nassau Yacht Club who comprised of young sailors. Many feel that the fact that the National Family Island Regatta Committee was in charge of the regatta and that there was no prize money involved, it probably took the wind out of most eager participants. This was definitely a downer for those who were looking to participate seriously.

Sir Peter Ogden in every September has competed at the Maxi Yacht Rolex Cup.

He competed in the Porto Cervo, emerald waters in Sardinia. However, this year, he will be seen racing Jethou, the Mini Maxi of the 72-foot.

Sir Peter Ogden is from Britain and the co-founder of Computacenter, it is of the largest computer businesses in Britain. In addition to doing business, the other thing that he has always placed in a priority is the fun. According to Ogden, a win in the race is nice, but sailing is all about having a good time.

Ogden said, “When you take part in a number of races, you tend to remember those, which you have won, not those which you lose. Now, when it comes to dealing with the loose, there are no reasons to get angry, these are the normal things that happen on the water. You can’t hold a grudge, what happened on the water, leave it there.” END_OF_DOCUMENT_TOKEN_TO_BE_REPLACED

The final day results of the World Cup Series in France were exciting indeed for the fans to watch.

Though the final day was overcast and cloudy, it did not dampen the spirits of the final competitors. Pavlos Kontides from CYP was in the middle of the limelight as he was up for the gold position again in the Laser Medal Race. For his fans, it was a déjà vu experience of what they had witnessed in the finals of the World Cup held in Melbourne in 2016. At that time he battled with Matt Wearn of Australia for the gold while in the Hyeres event he was found battling it out with Marrai for the final position. The race was a close one and both Marrai and Kontides finishes with 63 points due to which the Medal race on the final day had to be a close and conclusive one.

The other exciting performances came from Tom Burton, who already the fame of Rio Olympics had tagged to him. The Laser Radial category for women saw Evi van Acker from Belgium hold onto her leading position. END_OF_DOCUMENT_TOKEN_TO_BE_REPLACED

For his outstanding work with the club he was associated with for long time; sailor Mike Jury, 70 years, was nominated for Old Pulteney Maritime Heroes Awards.

His nomination for the award was done by Sailing Club Weymouth. Total thirty semi-finalists were selected across the United Kingdom from various entries sent. Jury is one among them.

Jury is nominated in category of club service and he has served Sailing Club Weymouth with two terms first as Rear Commodore Moorings and Yard for the last 10 years. According to nomination Mr. Jury has operated determinedly and has extraordinarily represented the club, without Jury it would have not been possible to for the club to reach at success level where it is today. END_OF_DOCUMENT_TOKEN_TO_BE_REPLACED

In today’s modern day of motorized yachts and catamarans that lead to fast paced racing, canoe style sailing still exists in certain local areas of the world. For instance the native islanders in Papua of New Guinea gather to celebrate their culture, tradition through canoe style sailing. This happens every year at the Kenu and Kundu festival. You will find Kula canoes that have sails made from pandanus leaves. The festival also has traditional dances and other rituals. The festival begins with conch shells that below and drums that are beaten early at dawn. Many visitors in the region are welcome to watch the proceedings from their boats, with Split Yachting sending over 16 yachts. There are about a dozen canoes that sail out in the morning air.

The canoes make their entry at the Kenu and Kundu festival that is held in Alotau. It is a town that lies in Milne Bay in Papua. Most wear their traditional attire that is warrior like, complete with shell armbands, headdresses of feather and grass skirts. Every boat taunts each other with hecklers who stand at the outriggers and blow their conch shells. Many start off slinging limes across to each other in order to show that the competition has begun. END_OF_DOCUMENT_TOKEN_TO_BE_REPLACED

If you look at Olympics Rio 2016 games where the sailing races are on, there have been several upsets and surprise results that have occurred. That adds to the unpredictability of the weather conditions as the rowers are being delayed in their races for the second day due to high winds. 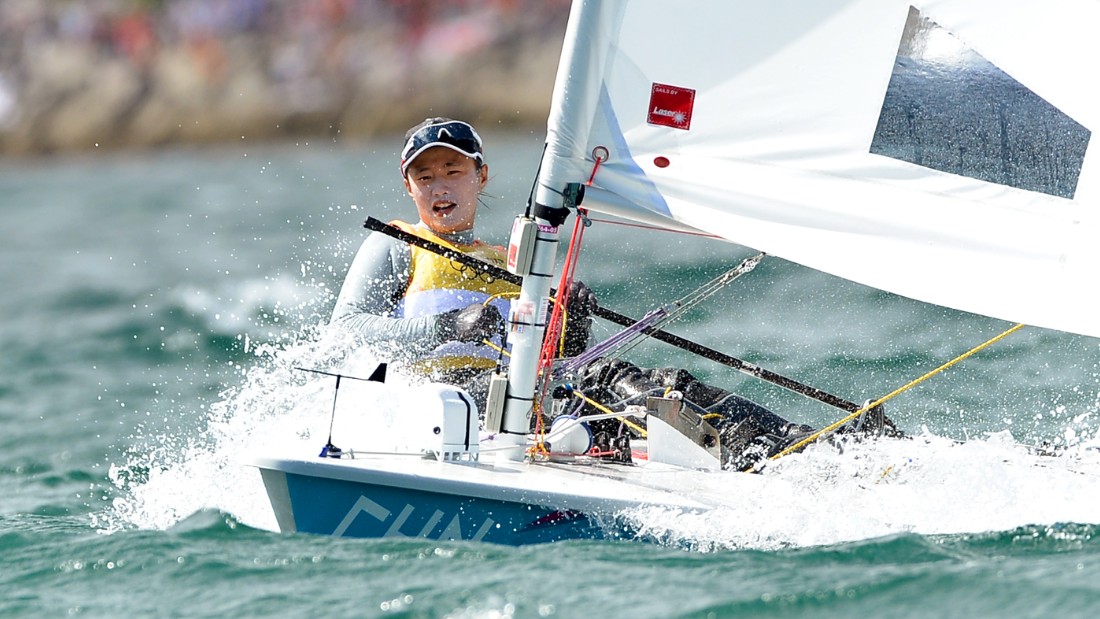 One of the surprising results was Xu, who lost out in the Laser Radial lead. She has been a favorite as she was the defending champion from the 2012 Olympic Games. However, with a surprise turn of events Xu lost out the top spot that she gained in the Laser Radial category. END_OF_DOCUMENT_TOKEN_TO_BE_REPLACED